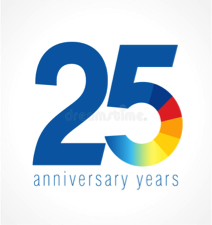 Music has played a strong and steady soundtrack for the last quarter century that Dave and I have shared together. It informs our lives like almost no other memory-inducing moments can. Music lodges in some part of our cortexes that can be recalled in an instant; fully, completely, sometimes even with visual and other sensory cues intricately intact. For twenty five years now we have played a musical game with each other, “Artist, Title, Year”, (“ATY”); a sort of name that tune but with a slower buzzer response and a more calculated process but still relying on the sense-memory part of our brains to spin us freely back in time to when we first heard it or what we instantly associate it with.

One of our first road trips after we met in the spring of 1993 was up from the low country of South Carolina where we were living, into the North Carolina Mountains to visit Dave’s parents for the first time. It was a good few hours drive and we were still really in the early stages of getting to know each other so sharing our excitement over favorite songs as they came on the radio was a good exercise. It is there we began the “ATY”, the first one to ask the question waiting, somewhat impatiently, for the second one to try and come up with the answers.

Looking back on it, this may have been the first glimpse of impending mental decrepitude or it might have just been a brain fart, one that would attach itself to both our psyches and last, almost completely in tact, until this very day (although we have been vigorously working to erase it entirely and inject a new “tape” to play when it comes up).

“Never Gonna Give You Up”

Ubiquitous, early 90’s, British pop star, almost too pop-ishly perfect but yet undeniable an ear-worm; one that would permeate your brain and never let go. It came on the radio somewhere on the drive up to Asheville. We both “knew” the song and leapt to play “ATY” but suddenly in perfect unison, we both had a complete and total mental blockage. Worse. We could see the CD, we knew the space on the CD rack at home, we knew it was in the “A” section, we knew it was very recent and very popular…..but we could….not…..name it.

I will remind you that this was 1993 and we did not even have a brick phone no less a car phone at our disposal and so, as the miles ticked by, we got more than a little frustrated and anxious as the bits of ephemeral knowledge we did know spun wildly out of control like a heart beat trapped by a spot of A Fib, whirling without remedy until the Doctor applies the paddles to shock you back to normal rhythm once more.

No Google, not even an Alta Vista page to go searching on. We were on our own in the Southern Wilds with no resources to solve our puzzle. We resigned ourselves to having to wait……through the long weekend with the parents……until we got home again and could search the rack until we answered our questions. And there it waited, patiently, for our return.

It has taken a quarter of a century for us to ALMOST get that re-embedded in our brains to where we can call it up with some ease. It does not hurt that Ole’ Rick has had a slight resurgence and put out a new album so it is being air-timed once more!

But it has also become a touchstone for what a relationship over time represents. Slow and steady effort, growth, shared experience, and most of all humor. We still play “ATY”, often. We win more than we lose. Complete soundtracks for songs we sung in the 60’s are firmly locked in and we know every note, key change, and word-riff. Yet Rick Astley still confounds us, if only just a little, and still makes us laugh at that version of a very early us of so long ago. It is part and parcel of the serenity that time imbues us with if we are but patient and allow ourselves the permission to laugh at the “us” we were then and the “we” that has become the “us” of today.

In thinking about this piece, being the history buff I like to believe that I am, I thought, “Wow! A quarter of a century, everyone says that’s a long time!” So many changes in that span of years, something MUST have been going on of great importance back then. There must be historical touchstones that should be recalled and revisited! Things to add to our virtual scrapbook and capture like printed Kodaks of old.

I started with Google on Headlines from April 9, 1993, our anniversary.

It was Friday, under the sign of Aries. The US president was Bill Clinton (Democratic). Famous people born on this day include Will Merrick and Rayane Bensetti. In that special week of April people in US were listening to Informer by Snow. In UK Young At Heart by The Bluebells was in the top 5 hits. Benny & Joon, directed by Jeremiah Chechik, was one of the most viewed movies released in 1993 while The Children Of Men by P. D. James was one of the best selling books. On TV people were watching Persones humanes. If you liked videogames you were probably playing Capcom’s MVP Football or Curses.

That’s it. Sum total. Could it be ANY more boring and non-descript? I was just sure that the earth moved, the skies shook, and that government’s had fallen…somewhere. None-the-less, that was the day we met. Nondescript in any other fashion except for the fact that it became the day we met! I suppose that is enough. That is WHY we met that fateful Good Friday; the world was calm, we were both in good places in our separate lives and we happened upon each other at a point where we could actually consider each other without any other great world distraction.   The world was cooperative enough to allow us to gently fall in love and join our lives and form that foundation that we would need for some of the more turbulent years ahead.

No one’s life is unscathed. None of us get out of this alive as the saying goes. But our exceptionally calm and reasoned beginnings, I believe, set the course that we have followed for the decades that have tumbled after.

Places and People. Time and Tide. (that would be Basia, 1987), Illness and Health, Life and Death. The world spins and we adjust and spin with it, holding on firmly both to it and to each other. Without that, we would be lost in space, literally.

I have loved the man that Dave is from the start. I have come to only love him more for the man he has remained; steady, calm, fun, gentle, stunningly smart, and the most integrous person I know on this planet. Nothing bad there, ever.

So on this occasion of our 25th year I am ever thankful that I have had him around to steady me, stay me, and spur me on when needed. I would not be the person I am today without him. I can safely say I would not even be alive today without him. I owe him more than I can ever repay but then he would never ask for that debt to be called in. It is not in his nature.

One more thing. I just knew that as important as music has been in our lives both before and after we met there MUST be some stunningly significant songs for the month of April 1993. Maybe that was what was drawing us together?

Back to Google one last time: Here are the top 10 songs for April, 1993: Read them and weep. Aside from Bon Jovi (at a paltry #10 I might point out!) there is nothing I even remotely recognize.

And so, Happy Anniversary husband of mine. 25 Years. They said it would never stick. I love exceeding expectations and I have loved doing it with you.